According to the Cambridge dictionary “Esports means the activity of playing computer games against other people on the internet often for money and often watched by other people using the internet, someti

mes at the special event Around the world, Esports is gaining attraction of the people Exponentially. Through Esports people are earning millions of dollars annually. In the world, different tournaments and leagues are held for Esports in which league of the legend world championship, call of duty world league, the overwatch league, and PUBG Global championship are most prominent. Besides these leagues and tournaments, many other world tournaments and leagues are also held in a different part of the world in which prize money for winners in millions of dollars.

In 1972, the first Esports event had been held at Stanford University where students competed for the video game of Spacewar. After this event, Esports started thriving rapidly around the world. Now Esports has become the billions dollars industry. Thousands of Esports professional players in America, China, South Korea, and Finland are earning millions of dollars and besides the earning, they are also winning various tournaments and leagues for their country and illuminating their country name.

In the world, Many games are famous in the Esports industry but a league of legend, Fortnite, Dota 2, Free Fire, PUBG, Arena of valor, Overwatch, and Alex legends have a separate identity in Esports industry. Professional players of these games participate in different Esports events and win prizes in millions of dollars. Johan sundstein, Jesse Vainikka, and many other professional players are in the list of these players who are earning millions of dollars through wining the Esports events. 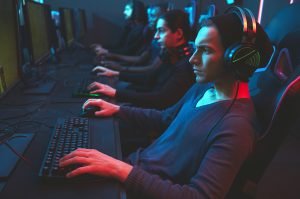 In Pakistan, Syed Sumail Hassan, Yawar Hassan, and Arslan Ash are the most distinguished figure of the Esports industry who cannot be overlooked. Arslan Ash is emerging day by day. In recently, Arslan Ash has won the Evolution championship series at Mandalay Bay resort in Las Vegas. Besides these players, many other talented players of Esports want to participate in international events and want to brighten their country name but due to lack of sponsorship, they cannot participate and due to not participate, their talent is wasting.

In Pakistan, the future of Esports games in danger because government policies for Esports are non-friendly. A few days before, PUBG game which is popular in Pakistan and many Pakistani are expert in this game and the game is also very well-known in Esports industry had been banned in Pakistan and now the ban has been lifted on the PUBG game after Islamabad high court order but future of this game in Pakistan is unpredictable. 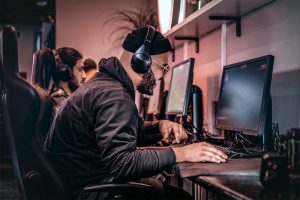 In the present scenario and circumstances, Firstly, we should encourage the Esports players and secondly, the government of Pakistan should provide Esports friendly environment to the Esports players and thirdly, we should make skilled base institutions for Esports learner and fourthly, National and international companies should come forward and provide sponsorships to Pakistani Esports players so that they could participate in international Esports events without any hurdle and could win titles for the country and could bright the country name.