In many cultures, 13 is an unlucky number. So it was a surprise to some that Apple decided to embrace this particular number with its latest iPhone generation.

What’s more, the leap from 12 to 13 was also rather unexpected. After the big innovation step with the iPhone 12, namely the addition of 5G, many expected Apple to announce a smaller update to an iPhone 12S.

And yet here we are with what Apple tells us is a significantly improved phone. We’ve put it to the test to see just how much the iPhone 13 adds.

Angular is the new straight

The new camera, in particular, stands out, and Apple, in its typically grand PR speak, says this is the biggest camera upgrade in iPhone history.

Among the first changes any iPhone 12 owner will notice is the rearrangement of the camera lenses. Instead of vertically, they are now installed diagonally in the iPhone 13 and Mini cameras.

The 13 Pro and 13 Pro Max meanwhile have three newly designed cameras – an ultra-wide angle, a wide-angle, and a zoom lens. 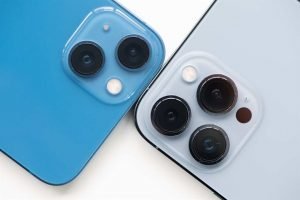 All lenses delivered amazing images in our test, even in low light. Apple has increased the aperture values and increased the light sensitivity of the sensors.

Quality improvements can be seen in night shots, especially at the edges of the image. All phones reproduce details noticeably sharper than the previous model.

The telephoto lens of the new iPhone Pro models now has a triple optical zoom. This is the furthest an iPhone has even been able to zoom in without the camera app cropping digitally and the photo going grainy.

While it sounds impressive, a 3X zoom has long been a standard on many flagship Android phones, while some offer as much as 10X zoom.

However, Apple is also getting more out of the optics with its software: there is now a portrait mode not only in photo mode but also in video.

Here, the background is blurred with the so-called bokeh effect to give it a higher quality look and a greater sense of depth.

Apple knows it has a reputation for being the best in video footage and is trying to build on that with a new cinema mode, whereby the iPhone automatically recognizes which person in the shot is talking and automatically adjusts the focus.

The auto-focus, which is adapted to cinematic storytelling, also works with animals. However, a family of ducks can push it to its limits.

If the automatic system is wrong, no problem: You can always change the focus again later in the post.

However, the cinema mode should only be used sparingly. The resolution is reduced to 1080p (FullHD) at 30 frames per second.

That means you’re giving up the full video power of all four iPhone 13 models: recording video with a high color and contrast range (HDR) in higher 4K resolution at 60 frames per second. 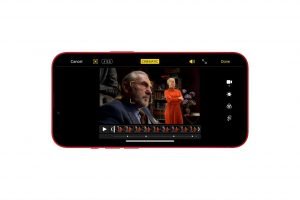 Thanks to the new ultra-wide-angle camera, at least the two Pro models can now also handle macro photos. You can now get up to 2 centimeters to a subject without the camera going out of focus, as it normally would when getting close.

The software automatically switches to macro mode and shows details that can hardly be seen with the naked eye.

All four models offer styles allowing you to apply a preferred setting for color tone and warmth to photographs. Four modes are available: Bright, High Contrast, Warm and Cold. Unlike filters, things like the sky and skin tones remain natural.

Looks the same, but you’ll still need a new case

The design changes are far less spectacular. The iPhone 13 is as angular as the previous model.

And yet enough has changed that the cases of the 12 will no longer fit because the improved camera system now takes up a little more space.

There are, however, new colors: For the two Pro models, there is a choice of silver, gold, graphite, and sierra blue. For the iPhone 13 and the Mini, Apple offers cases in rose, blue, dark grey (Midnight), a very bright white (Polar Star), and red.

The Super Retina XDR display is great for reading and watching content and with over 1,000 nits, it’s significantly brighter. 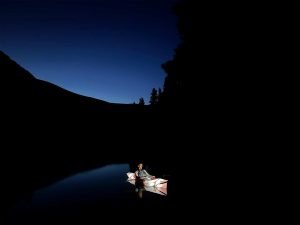 Apple also uses ProMotion technology in the two Pro models to adjust the refresh rate variably. A maximum of 120 hertz is possible.

This is supposed to look better and save power compared to displays with static refresh rates. The difference became apparent, for example, in games with impressive responsiveness or when scrolling web pages without any jerkiness.

Better battery than the iPhone 12

The iPhone 13 models can last a little longer than their predecessors, and around 2 hours more are possible with average use, so that you can comfortably get through a long day.

If you buy a 20 W charger, you can also fill an empty battery to half again (51 percent) in half an hour. With the old 5 W power supply, the battery hits just 19 percent after 30 minutes.

While this is a significant improvement for Apple users, it’s worth noting that flagship phones from some Chinese manufacturers sell with power bricks that charge between 60 and 120 W (up to five times that of the iPhone 13). 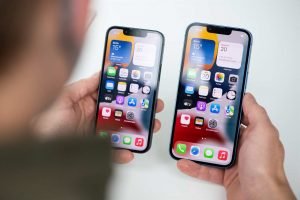 What’s more, you’ll again have to pay Apple more if you need a charger.

The A15 Bionic, with four energy-efficient computing cores, also contributes to power saving on these phones. When needed, the chip turns into a high-performance monster with its two high-performance cores.

In the usual benchmark tests, it outclasses the entire competition.

All four iPhone 13 models tested achieved a Geekbench5 score of over 1,730 (single-core). In comparison: the OnePlus 9 Pro or the Samsung Galaxy S21+ come in just above the 1,000 thresholds.

Apple has also made improvements in 5G, but there’s a good chance that you may not even notice given the patchy 5G coverage in most countries. The new iPhone models now support several new high-frequency bands, but these are mainly used in Asia.

The camera makes the difference

The new iPhones set themselves apart from their predecessors primarily with another significantly improved camera system.

Whether this is really the biggest camera upgrade on an iPhone is up for debate, but it certainly makes it easier for Apple to justify the leap to an “iPhone 13” instead of just “iPhone 12S”.

The extended battery life may also come in handy for many. The performance of the Bionic chip was already great a year ago and is now even a bit better.

If you don’t need the latest and greatest in photography and video footage, then year’s models (iPhone 12 and 12 Mini) will do you just as well for a much lower price. 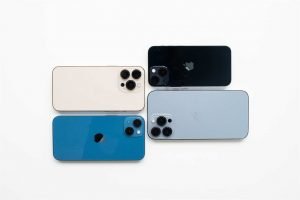 It shouldn’t go unmentioned that Apple has managed to deliver a top new phone without compromises, in spite of the limits put on many companies during the pandemic.

Other manufacturers are still struggling with logistics problems and supply difficulties. Apple meanwhile manages to pack up to a terabyte of memory into its top devices.

So pick up any of these phones, and it will be hard for you to tell what, if anything, feels unlucky about the iPhone 13. 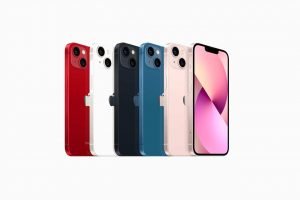 The Wallet Staff manages this account with the help of news agencies.