Corruption is not a new manifestation, it is an old phenomenon and universal problem which has adverse implications on all spheres of human life. This word has a deep shadow on all world’s newspapers and magazines. Catastrophe becomes a fortune of a nation when corruption dissolves in the soul of a nation and when corruption plays the role of cement in the building of the Nation. The role of the corruption is not like a shark who swallows her prey in a second rather its role is like a termite who eats wood slowly. Rack and ruin of a nation do not turn on instantly by corruption rather the destruction of a nation starts slowly by corruption. Due to corruption, a nation confronts defeat on all grounds of life.

Behavior change will come first in the list of ways that can be used for the eradication of corruption in Pakistani society. Most Pakistanis have made corruption an integral part of their personality. Due to this, they think that corruption is not an immoral thing rather it is the way to fix the problem. This kind of personality shortcoming must be removed and this transition can come through the positive role of parents, educational institutes, religious scholars, and political leaders because these are pillars of society that play a significant role in the building of personality.

Eradication of red-tapism in offices will come second in the list of ways that can be used for the eradication of corruption in Pakistani society. In Pakistani offices, both staff members and common people have to follow excessive regulations or rigid rules. These excessive regulations and rigid rules are hinders the way of rapid working and decision making. This thing provokes corruption and people use give and take policy the getting rapid results. If red-tapism is eliminated from the offices of Pakistani then people can get outcomes rapidly without using malicious methods and corruption will reach the ground in Pakistani offices which are now touching the sky due to red-tapism.

A sense of security will come forth in the list of ways that can be used for the eradication of corruption in Pakistani society. According to Qasim Ali Shah, any person involves in corruption at that time when insecurity arises in the mind of a person. This insecurity incites a person into the act of corruption. This insecurity is that We should collect more and more money so that, we could pass any bad time easily. This insecurity of Pakistani people can be removed by connecting the people’s relation with the Quran which says “And those who hoard gold and spend it not in the way if Allah -Give them tidings of a painful punishment (Quran 9:35) and besides this, Prophets Hazrat Muhammad (S.A.W) has also given guaranty to his followers that if you will have your faith on Allah then Allah will pass your bad time easily.

Accountability will come fifth in the list of ways that can be used for the eradication of corruption in Pakistani society. In the world, according to the 2021 corruption perception index, New Zealand and Denmark are the least corrupt countries. The secret of the top-ranking of these countries is hidden in the accountability. In these countries, lower to top, minister to prime minister, soldier to general, everyone is accountable before the law for his acts. This thing arises morality in every individual of these countries. The system of accountability should enforce fully in Pakistan, so that, every person could not commit anything out of the law and black ships of different departments could be controlled.

Strict and rigid law will come tenth in the list of ways that can be used for the eradication of corruption in Pakistani society. In Pakistan, laws against corruption are not strict. Different amnesty schemes bestow so much freedom to Pakistan politicians and other big guns for corruption, that’s why they have become jailbirds of corruption.NRO is also a blessing of disguise for corrupt Pakistani politicians. Strict and rigid laws should be made and these laws should not prove to be flash in the pane. These laws should be incorporated into the Pakistani constitution; otherwise, the poor will face a bad quarter an hour in the future. 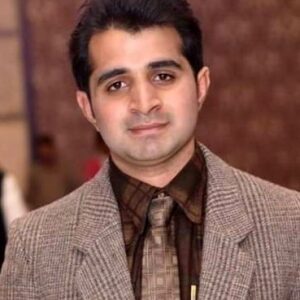