First I will try to explain the Mission objectives then I will explain why this mission failed. I will request you to keep reading till the last word to get the idea.

You’re quite wondering what is SSLV. Meanwhile, you’re also appreciating India for its advancement in the field of science and technology.

So without wasting our time we move toward that what is SSLV?

EOS-02 and “AzaadiSAT,” an 8-kilogram CubeSat created by 750 female students from government schools in India, are manifested by SSLV-D1.

The Small Satellite Launch Vehicle (SSLV) is a new launch vehicle from ISRO that can send Mini, Micro, or Nanosatellites (10 to 500 kg in mass) into an orbit of 500 km in the upper atmosphere. All three stages of the SSLV’s three-stage design include solid propulsion. A liquid-based Velocity Trimming Module is used to propel the satellite into its intended orbit (VTM).

EOS stands for Earth observation Satellite. Indian Earth observation satellite EOS-02, formerly known as Microsat 2A, was created by the Indian Space Research Organization as a test payload for the inaugural launch of the Small Satellite Launch Vehicle (SSLV). Based on Microsat-TD is EOS-02. The goal of EOS-02 is to develop and launch an experimental imaging satellite with a quick turnaround and demonstrate the capability of launch on demand.

It means that what will be the configuration of payload on the rocket. In the picture below you can
see the payload docked on SSLV-D1. 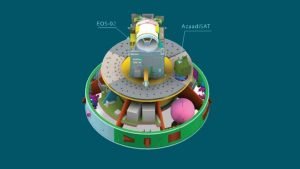 The 8U Cubesat AzaadiSAT weighs about 8 kilograms. In honor of the nation’s 75th Independence Day, it carries 75 separate payloads that each weigh about 50 grams and conduct femto-experiments. These payloads were constructed with the assistance of 750 female students from rural areas around the nation. The “Space Kidz India” student team integrates the payloads.

Failure is the road to success. I appreciate the ISRO for their courage to facet the critics. These satellites are manufactured by students. We have to appreciate them too. Unfortunately at the terminal stage due to some data loss, the SSLV-D1 deployed the satellite in orbit which is not desired. This is what the ISRO chairman said:

Issuing a statement on the SSLV-D1/EOS-02 mission update, ISRO said, “All stages performed normally. Both satellites were injected. But the orbit achieved was less than expected which makes it unstable.”

It failed due to the loss of Data from the sensor. SSLV-D1 placed the satellites into 356 km x 76 km elliptical orbit instead of a 356 km circular orbit. Satellites are no longer usable. The issue is reasonably identified. Failure of a logic to identify a sensor failure and go for a salvage action-Said the chairman of ISRO.

We must appreciate them. At least they have tried are we trying? An open question for SUPARCO and the whole of Pakistan? Alarming Situation for Pakistan. 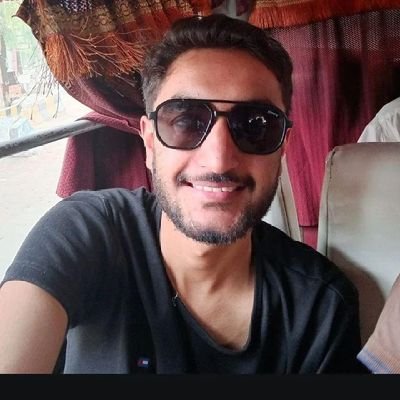 The writer is a 19-year-old Mechanical Engineering Student having a keen interest in Investigative Journalism.