Dear Prime Minister! Recently, at the launching ceremony of Nandana fort, your statement surfaced that the Pakistani Archaeologist has contributed nothing in the field of Archaeology. Moreover, You further stated that Mohenjodaro and Harrapa were excavated by foreign Archaeologists.

With due respect, Mr. Prime Minister! But your advisors have once again failed to provide you with the actual facts and figures about Pakistani Archaeologists and Pakistan’s Archaeology. 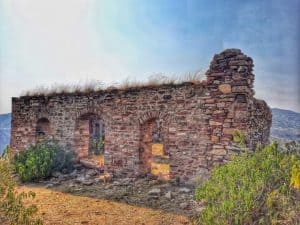 Bringing into the limelight, up till now, Pakistani Archaeologists have contributed a lot in the field of archaeology in their available limited resources. There are many prominent Pakistani names with globally accepted research and are appreciated by international scholars. A few namely;

Dr. Ahmad Hassan Dani after John Marshal he was known to be the father of Pakistan’s archaeology. He was an expert in Sanskrit and was graduated from Banaras Hindu University. Dr. Dani used to recall that since he was a Muslim and the university was essentially Hindu he had to sit outside the classroom to listen to his teacher’s lectures. Hard work paid off and he won a gold medal from his department and he also started teaching there. Dr. Dani worked with Sir Mortimer Wheeler in 1945 on the Indus site of Mohenjo-Daro. He not only had done excavations but most of the popular artifacts associated with the Indus valley were studied by Dani. He also studied Buddhist sites and his work was published by UNESCO. Dr. Dani had discovered many Rock carvings and inscriptions. The government of Pakistan has awarded him Hilal-i-Imtiaz for his contributions in archaeology as well as in academia.

Another prominent name is Dr. Rafique Mughal in Pakistan’s archaeology, former Director-General of Archaeology & Museums, Government of Pakistan. Born in 1936 in Gujranwala, Punjab Dr. Mughal owns heritage conservation, archaeology of Buddhism and Islam, and civilizations of Central and South Asia as his main professional interests. He has done excavations with Sir Mortimer Wheeler in Charsada, Khyber Pakhtunkhwa. Dr. Mughal has worked in the preservation of Lahore Fort, Wazir Khan mosque, Shalimar Gardens, Buddhist monasteries and stupas in Taxila, Swat valley, and the remains of Harrapa valley. It was a real honor that the Government of Bahrain hired him as an archaeological advisor in 1980. After holding many positions Dr. Rafique Mughal currently serves as Professor Emeritus of Archaeology at Boston University, MA, United States.

Dear Prime Minister! As you have shown interest and concern over it there are alarming points which need an immediate redressal from you such as the award of restoration contracts of main archeological sites e.g- Sirkap, Taxila, to the firms that do not possess valid relevant experience and are continuously ruining the sites. Less qualified curators have taken over all the positions where a properly qualified archeologist is required. Available seats of archeologists are lying vacant at important sites. And last but not least Government’s Financial grant for the field of archaeology.

Yes, there is a dire need of preserving and restoring the archeological sites of Pakistan. The archeologists (including me) are delighted enough that you have taken a step forward towards it. However, there is an essential need of creating job opportunities for qualified archeologists and essential allocation of budget for the field of archaeology.

Undoubtedly, we stand nowhere in preserving our heritage and making it attractive for our own people and the rest of the world like other fellow countries have made, for example, Turkey. Your little more attention can open new horizons of tourism business for our beloved country.